A Former RAF Lossiemouth pilot has promised to put readers 'into the cockpit' with his gripping first-hand account of flying Typhoon fighter jets in combat.

Wing Commander Mike Sutton OBE spent two years at RAF Lossiemouth where he was deployed to Cyprus in 2015 as part of the operation against ISIS. Mr Sutton's book 'Typhoon' is the first ever inside account of Operation SHADER, the British participation in the war against ISIS in Syria and Iraq.

The Wiltshire born pilot led 1 Squadron, a legendary squadron which fought with distinction during the First World War, Battle of Britain and the Falklands War. Taking command of the squadron represented the pinnacle of Mr Sutton's career as a fighter pilot. He flew Typhoon fighter jets at nearly twice the speed of sound in some of the most dangerous and fiercely contested airspace in the world. He also conducted a live scramble in response to a potential terrorist hijacking and served in operations in Afghanistan and Iraq.

"This is really what I have written about in the book at length really," Mr Sutton said.

"What I have tried to do is provide an insight into something that is largely completely hidden from the public. People have watched Top Gun and they know a little about what fast jet squadrons are about but what I've tried to do is immerse the reader into this world and into this life really. When I got back from operations you talk to people who weren't there and one of the first questions I always get is 'what was it like?' and 'what did it feel like before you took off?'. I've tried to provide a good answer to all of those questions so people know what happened.

"It's not a technical book, it's about people and the relationships and the thoughts, fears and the camaraderie we had. Really all of those aspects are explored not just through the operation itself but also the training, selection and how hard it is to get in because I actually failed to get into the RAF the first time."

Mr Sutton completed 18 years of service as a fighter pilot for the RAF despite suffering from vertigo - a fact that remains a constant source of amusement for his friends and family. However, he has since retired from the RAF. The decorated pilot still looks back on his time in Lossiemouth fondly.

Mr Sutton said: "I studied philosophy of all things at uni but I joined the RAF straight after. The deployment to Lossiemouth was one of the steepest learning curves of my life.

"I was in charge just when the Typhoons were moved there. We set up operations from Lossiemouth. That was fantastic. The local area is hugely welcoming and stunningly beautiful. It was just a fantastic place to be based. I really enjoyed the welcome of the local community and to explore a different area. 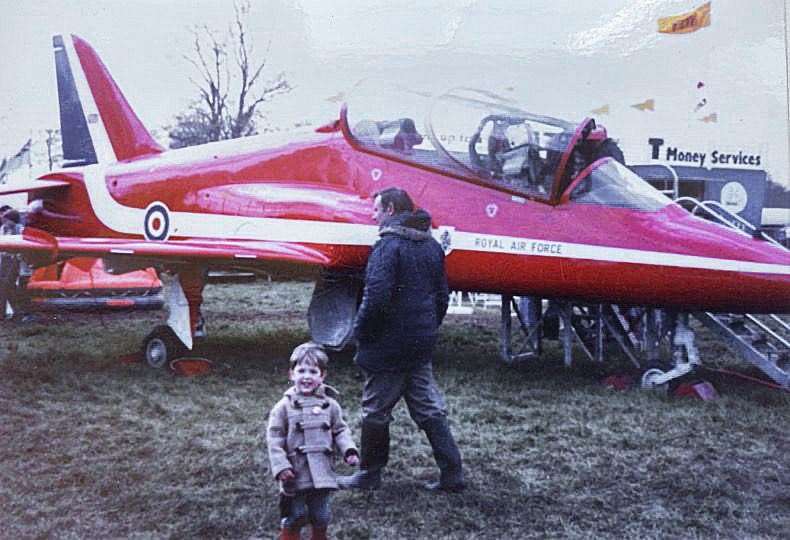 Lockdown provided Mr Sutton with the perfect opportunity to compile his extensive diaries,which he had kept while deployed, into a book.

Mr Sutton said: "I had kept a diary when I was out there. During lockdown I found I had a lot more time at home so I thought I really need to get round to writing this up.

"I didn't set out thinking I'll write a book I set out thinking I'll just write up these diaries and with a bit of encouragement from friends and family it became a book. People see the jets taking off, they see them land but maybe what they don't know is what is going through the pilot's mind at various different points before you go, if you're nervous about something, the relationships, the importance of teamwork all of those themes. That is really what I hoped to bring out when I was writing the book."

The book will be published today, November 25 and is available to purchase in hardback for £20.