Back on the training ground, Elgin City are preparing for their first friendly game against Lossiemouth at Borough Briggs this weekend

ELGIN City are back on the training ground and looking sharp, according to manager Gavin Price.

Six months after their quest for promotion from League Two was halted by the coronavirus pandemic, City have pressed the reset button and are ready to go again. 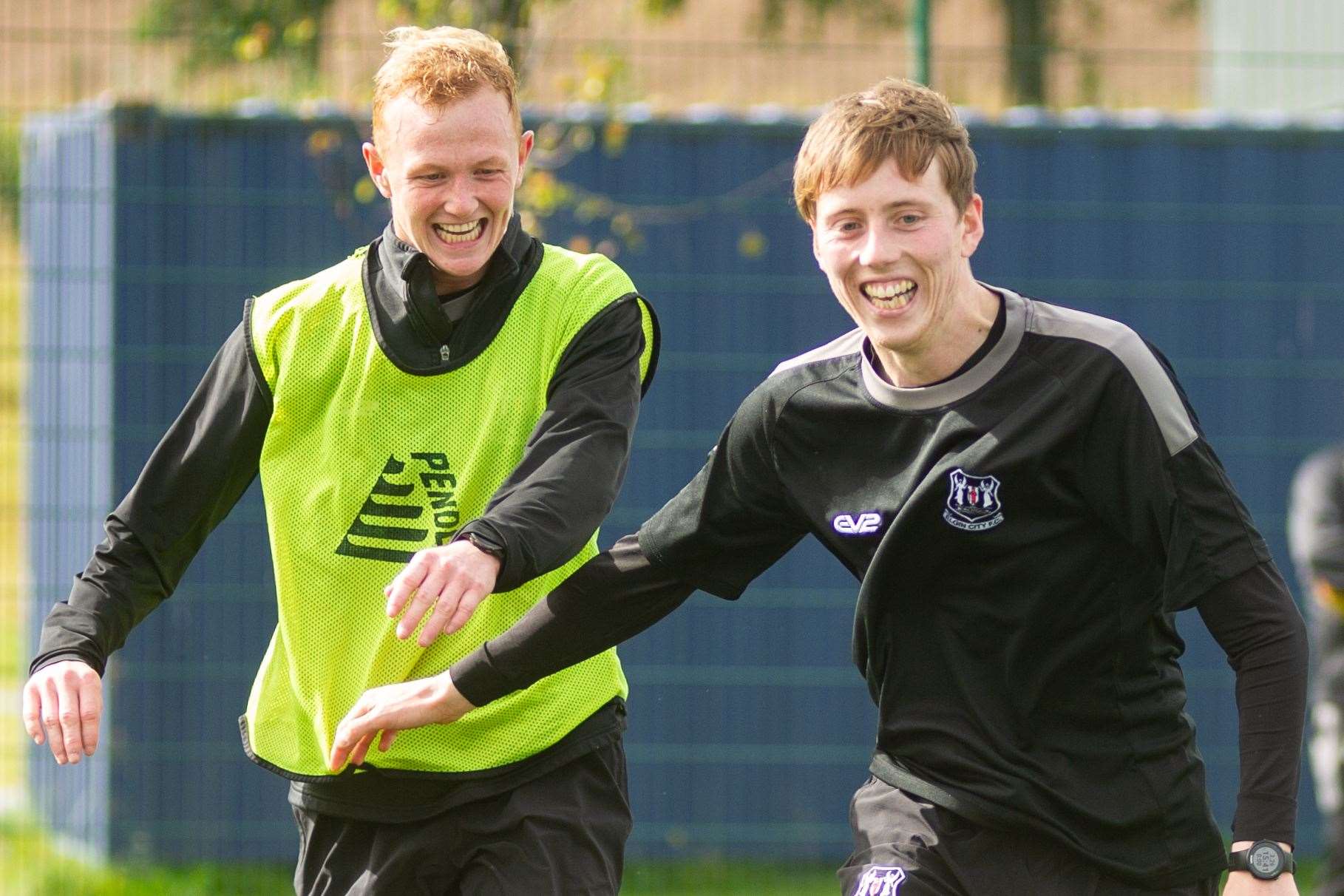 Price has retained the bulk of his squad from the last campaign, and says his players have used the lengthy lockdown period to good effect.

When all clubs were given the go-ahead by the Scottish Government to resume contact training, City were quick to arrange their first session with their north-based players last Thursday.

Two days later, the entire squad turned up at Elgin High School for a double session combined with a fitness test to convince their manager that they had been true to their word.

“It was really, really good,” said Price. “I’m glad to say that they were all way above where they needed to be.

“Because we have not been able to train together all the time, I banged on to the players about how it was important that they came back in good condition.

“They were given quite a strict programme and I was always quite confident that they would do that.

“They were all delighted to be back.

“It’s a good group, a good dressing room and they are at a good age.”

City have lost star striker Shane Sutherland, who has moved to Caley Thistle, while midfielder Rabin Omar has penned a deal with another Championship side, Greenock Morton.

The Black and Whites have retained the rest of their squad and added defender Angus Mailer from Stirling University and striker Joel MacBeath from Ross County.

Another attacker Josh Peters is on trial with winger Sean Linden, recently released by Aberdeen, and RAF serviceman Aiden Reddington also trying to win a contract at Borough Briggs.