AFTER their opening day mauling, Lossiemouth have bounced back in great style and kept the momentum going as they got their first point of the season in a 2-2 draw at home to Inverurie Locos. 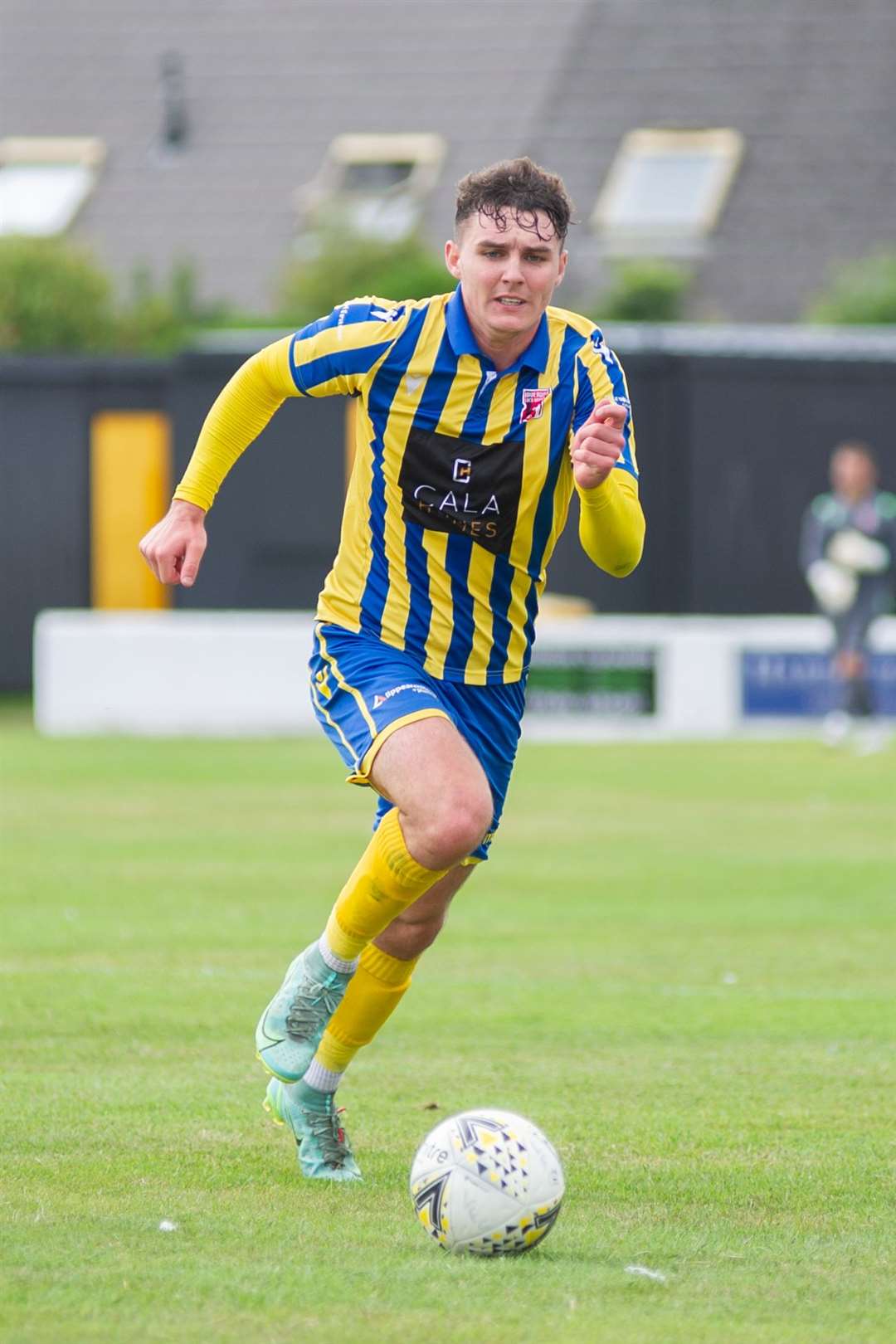 Boss Joe Russell admitted Fraser Forbes’ late leveller was a “bit of a sclaff” but fully deserved for a dogged and committed performance.

Locos had twice led in the first half through goals from Neil Gauld, sandwiched either side of a Brodie Allen goal for the home side.

However, Lossie stuck to their task and got their reward when sub Forbes popped up with an equaliser in the 89th minute.

After their 4-2 North of Scotland Cup triumph last midweek, Lossie have put the 5-0 defeat at Buckie firmly behind them.

Russell says they did not do themselves justice that day and the last two games have shown more what his side is about.

“It is only two games but they have given a lift to the camp. We went a goal down against Nairn and came back to score four goals, and we were behind twice against Locos and got a draw,” he said.

“There is a really good spirit at the moment and there is a lot of confidence and fight about us.”

Russell was delighted to see Forbes’ make a massive impact on Saturday.

“Fraser has been really unlucky in recent games. His goal was a bit of a sclaff but they all count. We told him to go on and make himself a hero.

“That’s all we ask the subs to do, is go on and make an impact and if you do that you have a chance of getting a starting place.

“Locos had a lot of possession but Logan (Ross) didn’t have too many saves to make.

“We were dogged, stuck in and did out defensive duties really well.”

Russell wants to see his team try to push up the Highland League table, and aside from a brief mention before the season, has not focussed too much on the relegation play-off that now awaits the league’s bottom side this season.

“It is about looking forward rather than looking over our shoulder,” he added.

Russell believes the return of striker Martin Charlesworth - who has been given time off to focus on family matters after a new arrival - in the next few weeks, will provide another boost.

Next up for Lossie is a home match against Huntly on Saturday.