ELGIN cage fighter Aidan Stephen hopes a title fight will give him the boost he needs to realise his dream of fighting full-time.

Two weeks ago, Stephen (28) fought opponent Jack Collins in Manchester and, with most of the world’s sport on hold, all eyes were on him.

He lived up to the pressure, elbowing his opponent into submission after one minute and 24 seconds.

Now, with just a couple of fights left on his Cage Warriors contract, Stephen’s aim is to secure a big win in his next fight to set up a title fight. Ultimately, after that, the aim is to make a living out of his sport.

He said: “I have two fights left on my Cage Warriros so I’m hoping with one more big win I will be in line for a title shot but, in the current climate, I have no idea when my next fight will be.

“I would like to make cage fighting a full-time career, in either Bellator or UFC – I would love to get to one of those two and fight for a living.

“But it is tricky enough trying to balance work life with having a two-year-old as it is.”

Stephen, who works at Highland Galvanisers, says his work are very supportive of his sporting career – and he praised the team he has around him for giving him as good a chance as possible of defeating Collins in Manchester. He said: “My work are great.

“They are really supportive and always ask how training is going.

“With the coronavirus, we are all keeping in contact online.

“I’ve got one of the best teams in the country, too. Our win ratio over the last two years is great – we have only lost once or twice.” 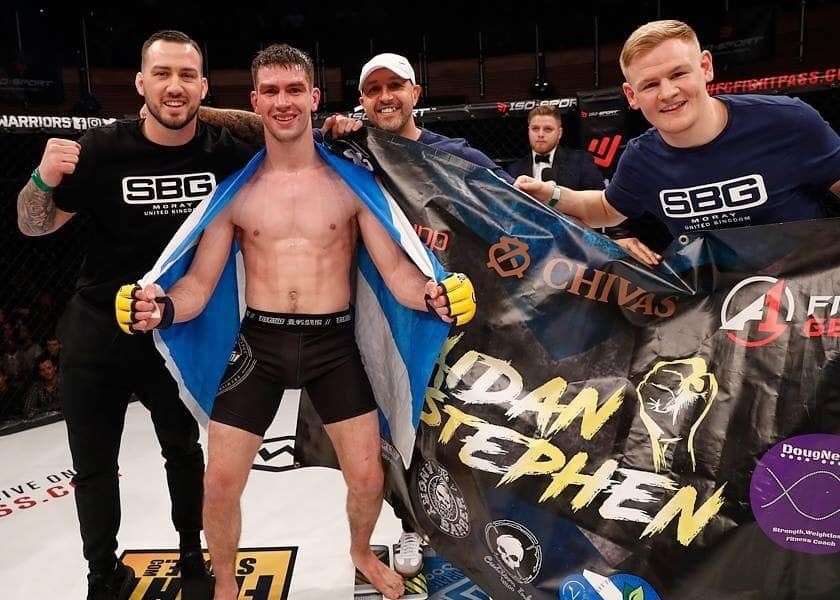 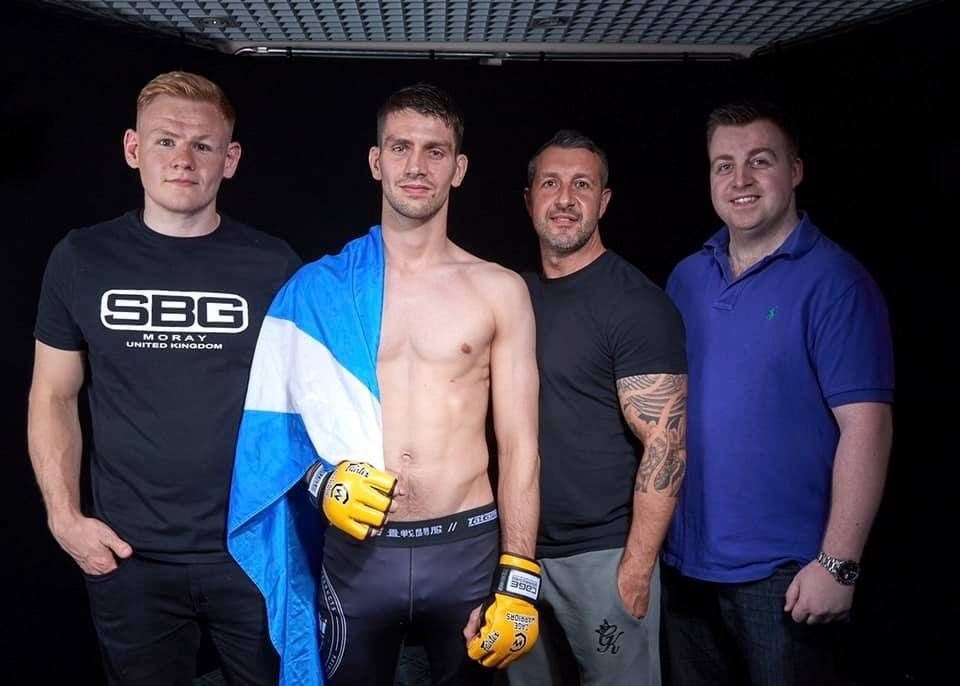 The fight against Collins was an example of the team’s ability, Stephen added: “I wasn’t scheduled to fight Jack in Manchester, I was meant to fight another lad and he pulled out on six days’ notice. They got another opponent for me but he pulled out as well.

“Then Cage Warrirors said there had been a pull-out at the weight above and asked me if I would move up a weight class and fight Jack.

“He was quite a dangerous opponent but the team came up with a really good game plan to win.”

The 28-year-old celebrated in now typical fashion – with a backflip off the cage.

“It’s my trademark,” Stephen added. “I was trying to think of something big that would get me noticed and thought it would be cool if I did that. It’s quite a unique celebration.

“The coaches cover their eyes when I do it, but they realise it is what I like to do.”