LOSSIEMOUTH native Ewan Cowie (37) is set to skydive over the Pyramids of Giza on Sunday October 24. 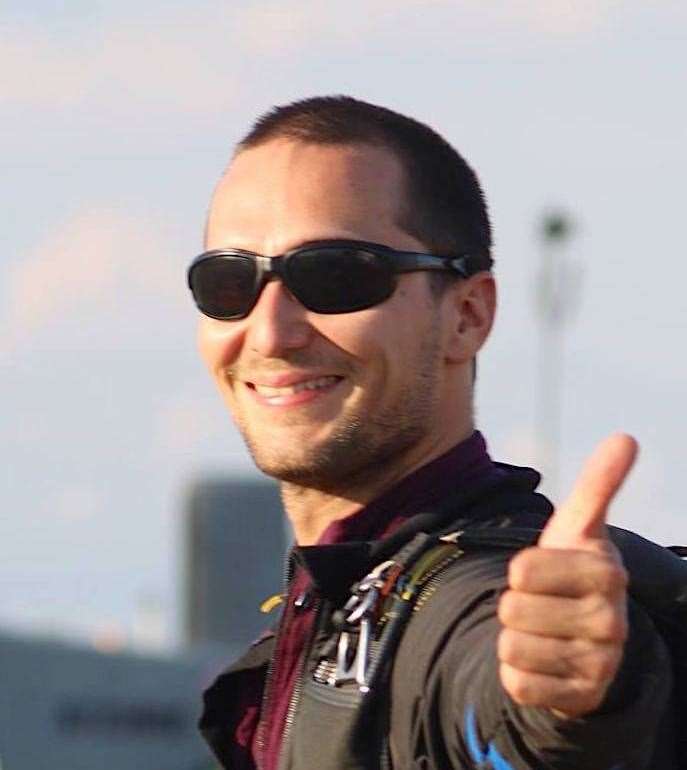 As a skydiving photographer, Ewan will take photos of the jump while falling at a speed of 200mph over the historic landmark.

"This will be my third time jumping the pyramids actually," Ewan said.

"It's going to be a lot of fun. They're mind blowing just walking around them on the ground. To jump over them and land right next to them is truly incredible. I'm lucky enough to get paid to do this as part of my job. Sometimes I have to pinch myself that this is actually happening."

Ewan admits that being the photographer on skydiving trips adds an extra layer of "complexity". He has to contend with multiple cameras fixed to his head for each jump and activates them by blowing into a blow switch to take a photo. He is also charged with filming jumps at the same time.

However, such obstacles are no problem for Ewan who has spent over half his life skydiving. He holds a base jumping world record, is an accomplished wind tunnel coach and has even trained UK and Bahrain Special Forces soldiers - a far cry from his early days working in renewable energy.

"It was purely a hobby at the start but it's turned into my career," Ewan said.

"It was a bit of a risk at first to leave a stable job and everything. I didn't think it would be entirely possible for a lad from Lossie to do this but it's worked out really well."

This year alone Ewan has jumped over Namibia, Copacabana Beach in Brazil, the Maldives and Dubai.

"It's like jumping onto Mars with some of these canyons and the vast orange desert," Ewan added.

In 2018 the daring Lossie Native filmed a world record attempt which saw a group of 200 skydivers attempt to complete a formation within 60 seconds above Chicago, Illinois.

Unfortunately, despite getting some good shots, the attempt failed leaving Ewan with some unfinished business.

"Even though it failed it was amazing to see 200 people skydive at the same time. The noise from the ground is apparently like a jet engine. It's a crazy sight. When everybody separates and pulls their parachute it's like a massive firework in the sky.

"They're going to try it again in August next year. Logistically it's a nightmare but I have no doubt they can do it and I'm looking forward to recording it."

To date, Ewan has completed over 5000 jumps in 22 different countries. He is one of the most respected skydiving photographers in the world and now calls Empuriabrava, Spain his home.

"Now it's just about keeping this going," Ewan said.

"It's all about the sense of achievement and doing incredible things over magnificent locations. I want to be able to take part and record these things for other people to see. I really enjoy that aspect of it."